Electronika is a Russian integrator of complex security systems for facilities with high security requirements. We provide a full range of services for the development, design, installation and maintenance of safety management systems.

As a result of our work experience since 1993 we develop solutions for objects of different scale, territorial expanse and organizational structure: objects of transport infrastructure, industrial enterprises, banks and places of mass gathering.

We will analyze your company needs and develop a security system taking into account its characteristics and your wishes. If existing technologies are not sufficient to solve your problem, our experts will develop those that will suit you.

What can we do for you?

The more complex your object is, the more interesting the task is, we specialize in solving complex problems. Security systems are long not just a set of cameras and sensors that give information about the state of the object. New generation systems are much smarter. They manage security: analyze threats, suggest how to respond to them, give the manager operational information - clearly and at short notice.

In addition to the security service, such systems help other departments, they handle the situation at the manufacturing site, monitor the attendance of employees and the work of contractors. As a stone intellectual, they are humble (do not require large workforce for maintenance) and effective, keeping specialists under control and responding quickly to an attempted violation. These are the systems we create. We adhere to a new philosophy of security, solving the problem in an integrated manner not just equipping the facility with the equipment. 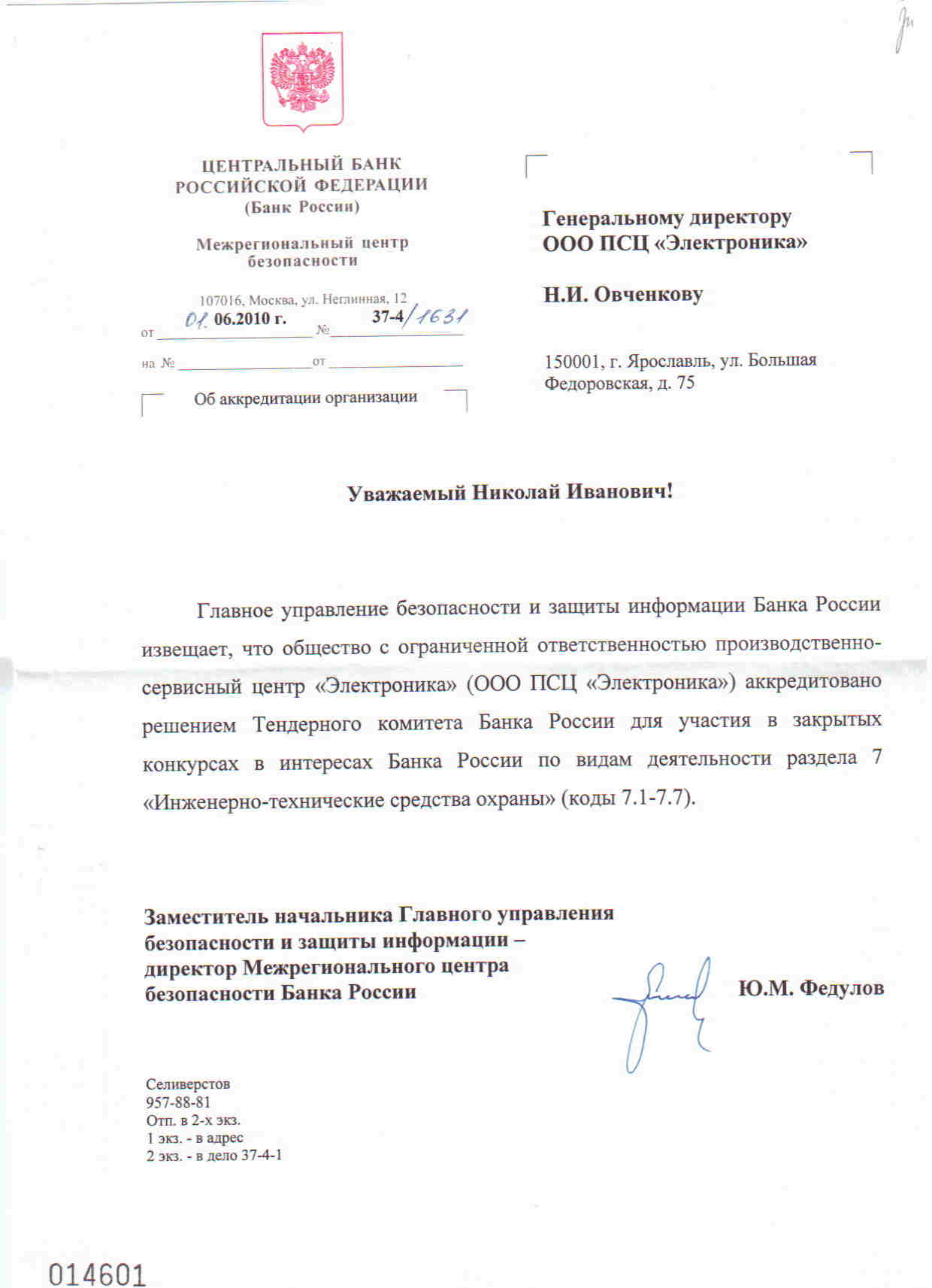 Accreditation in the Central Bank of Russia 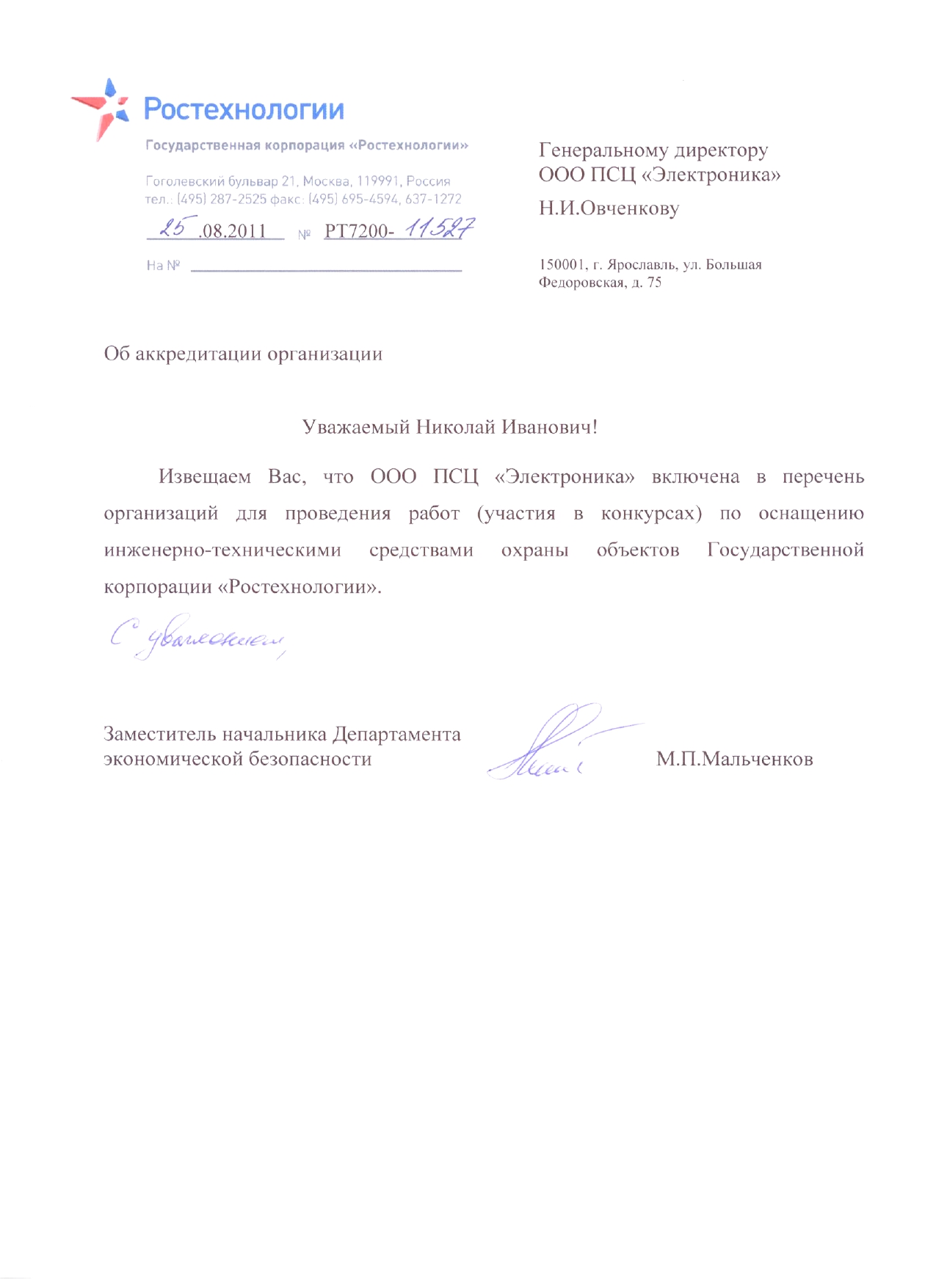 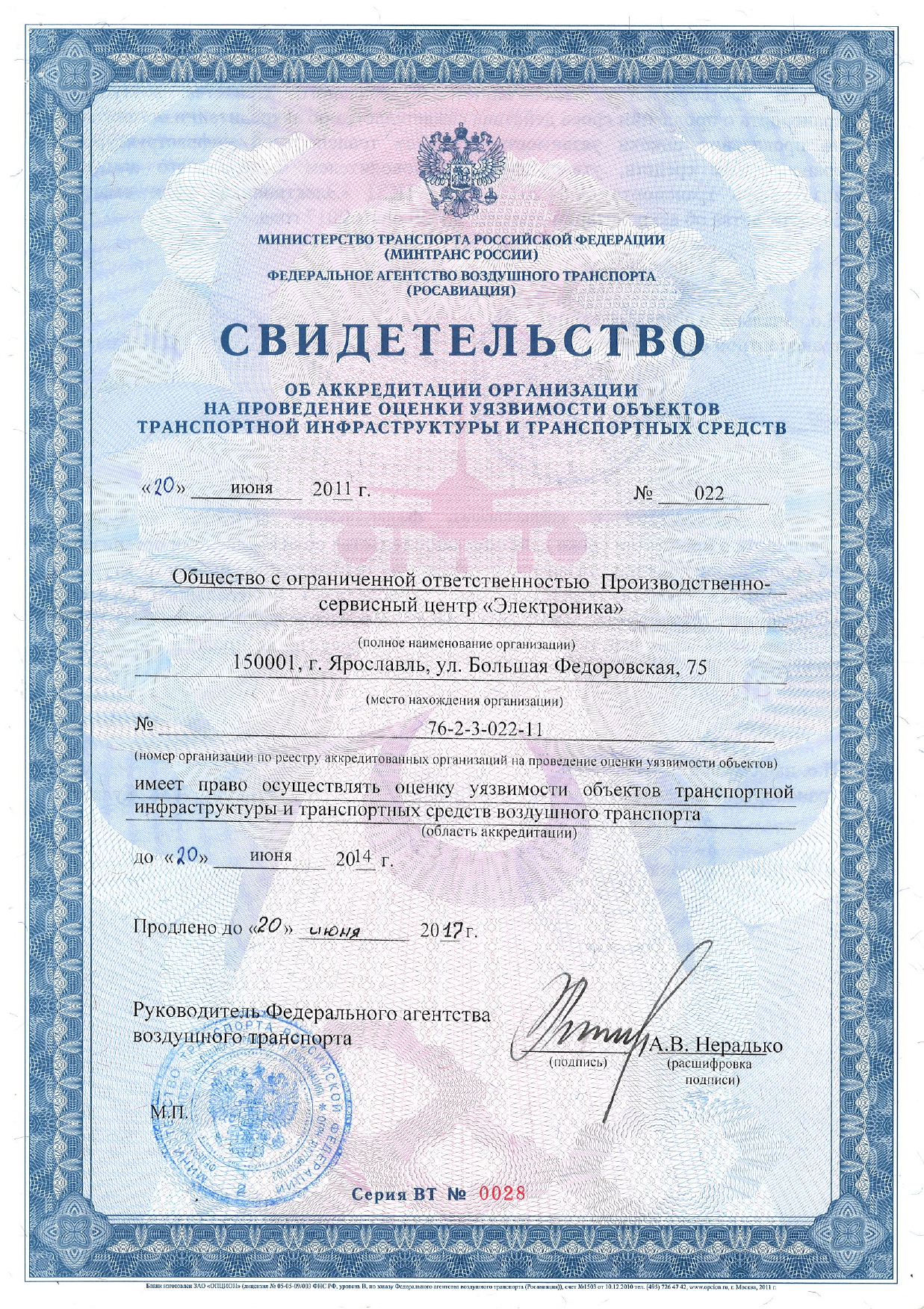 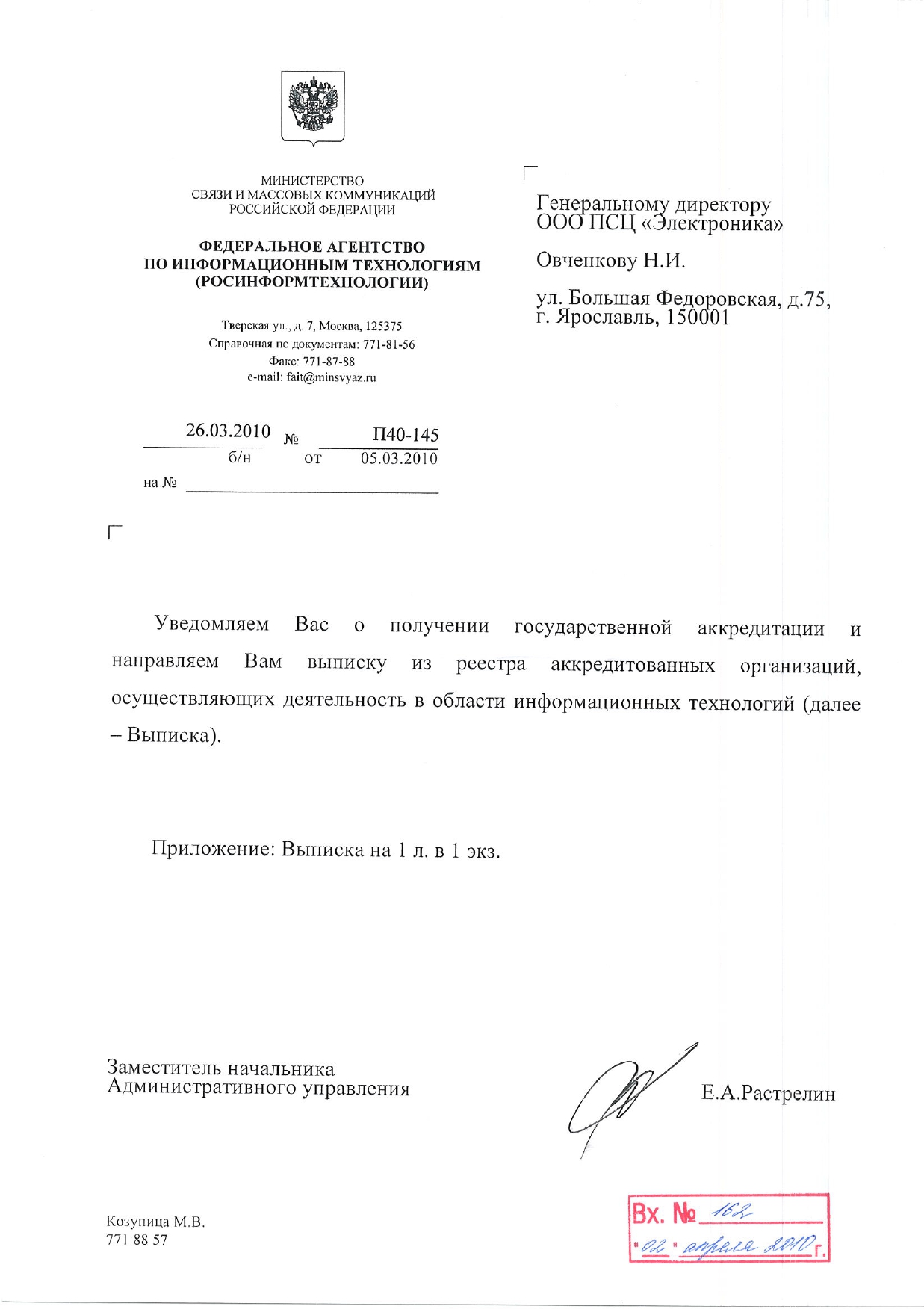 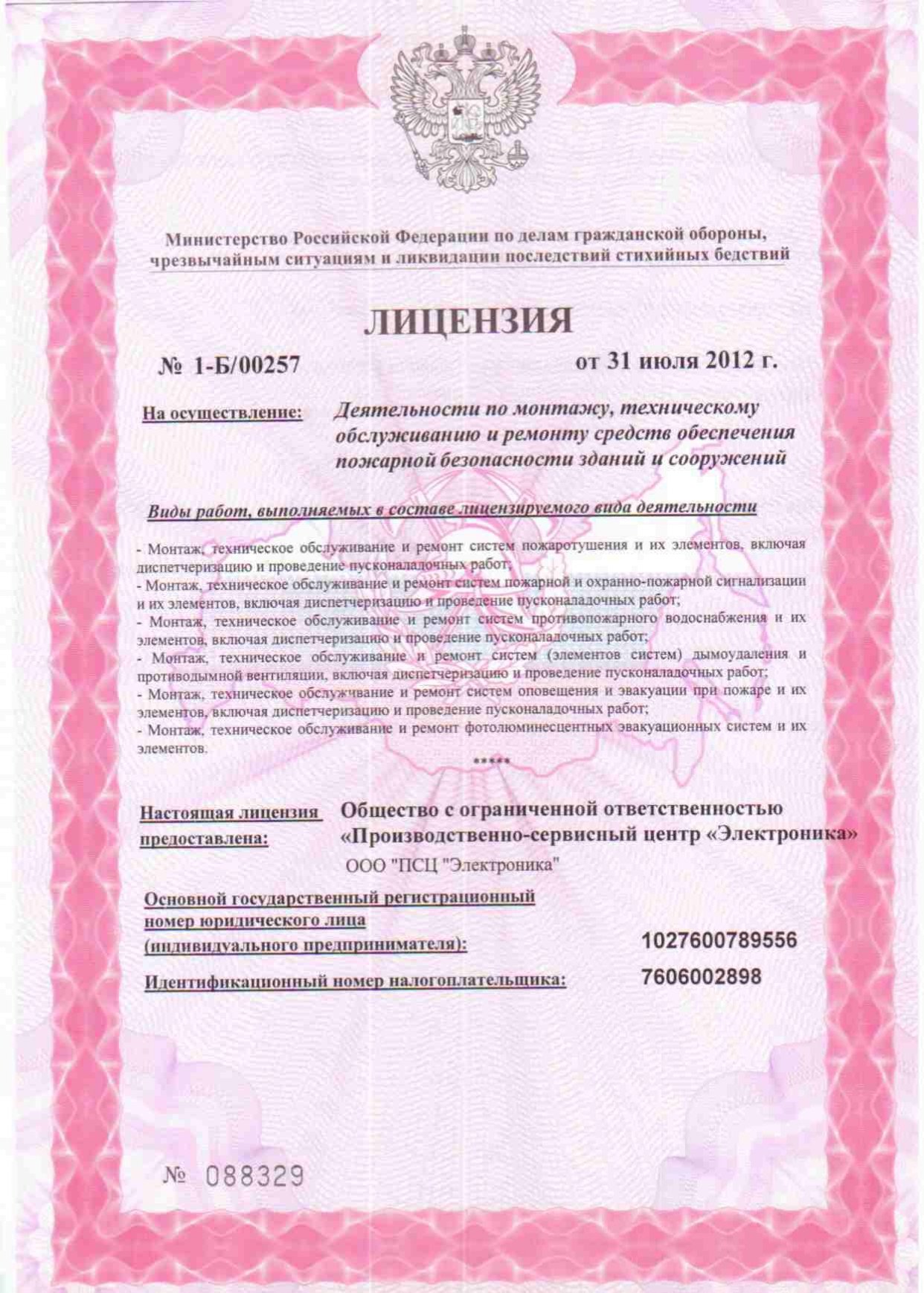 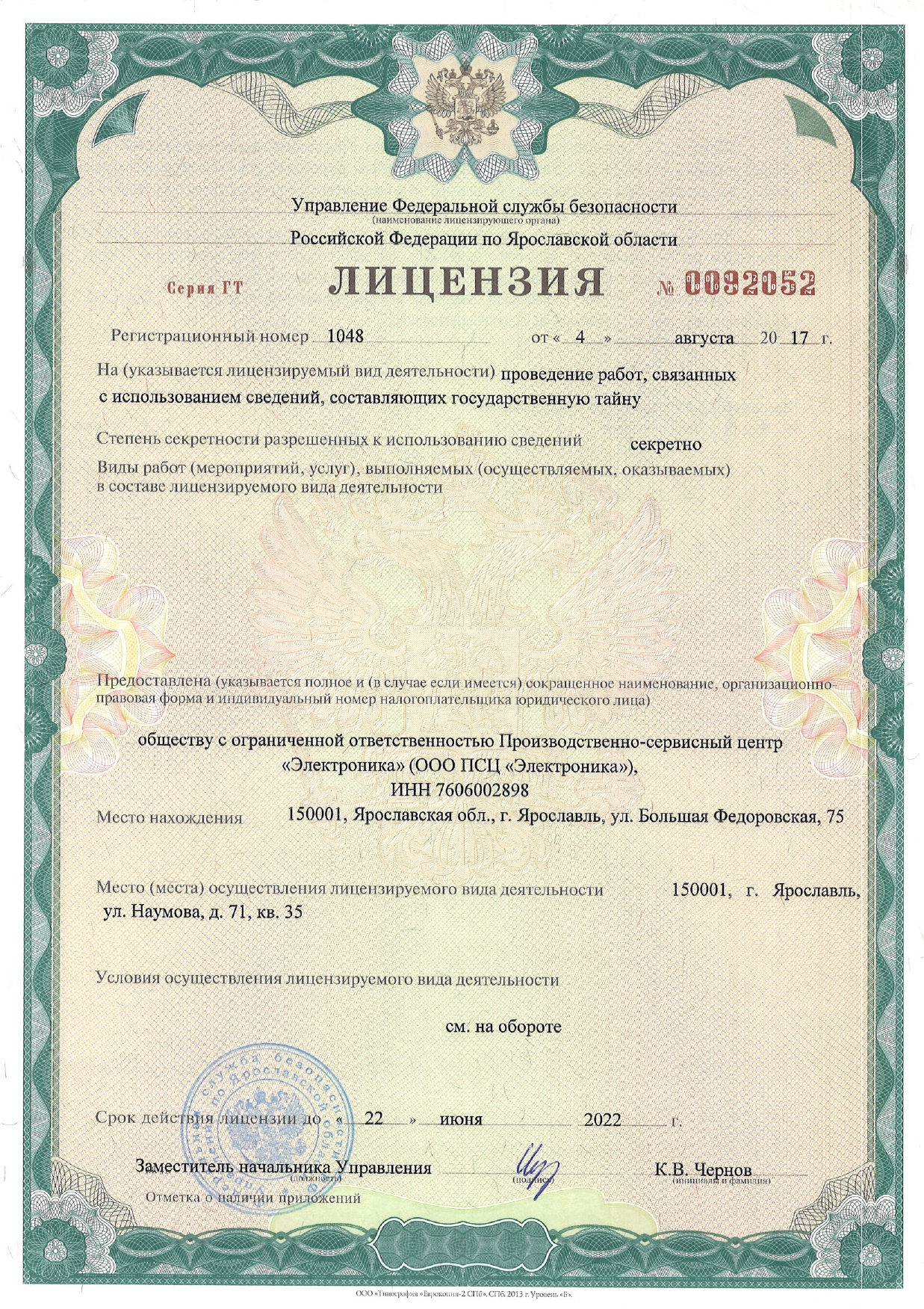 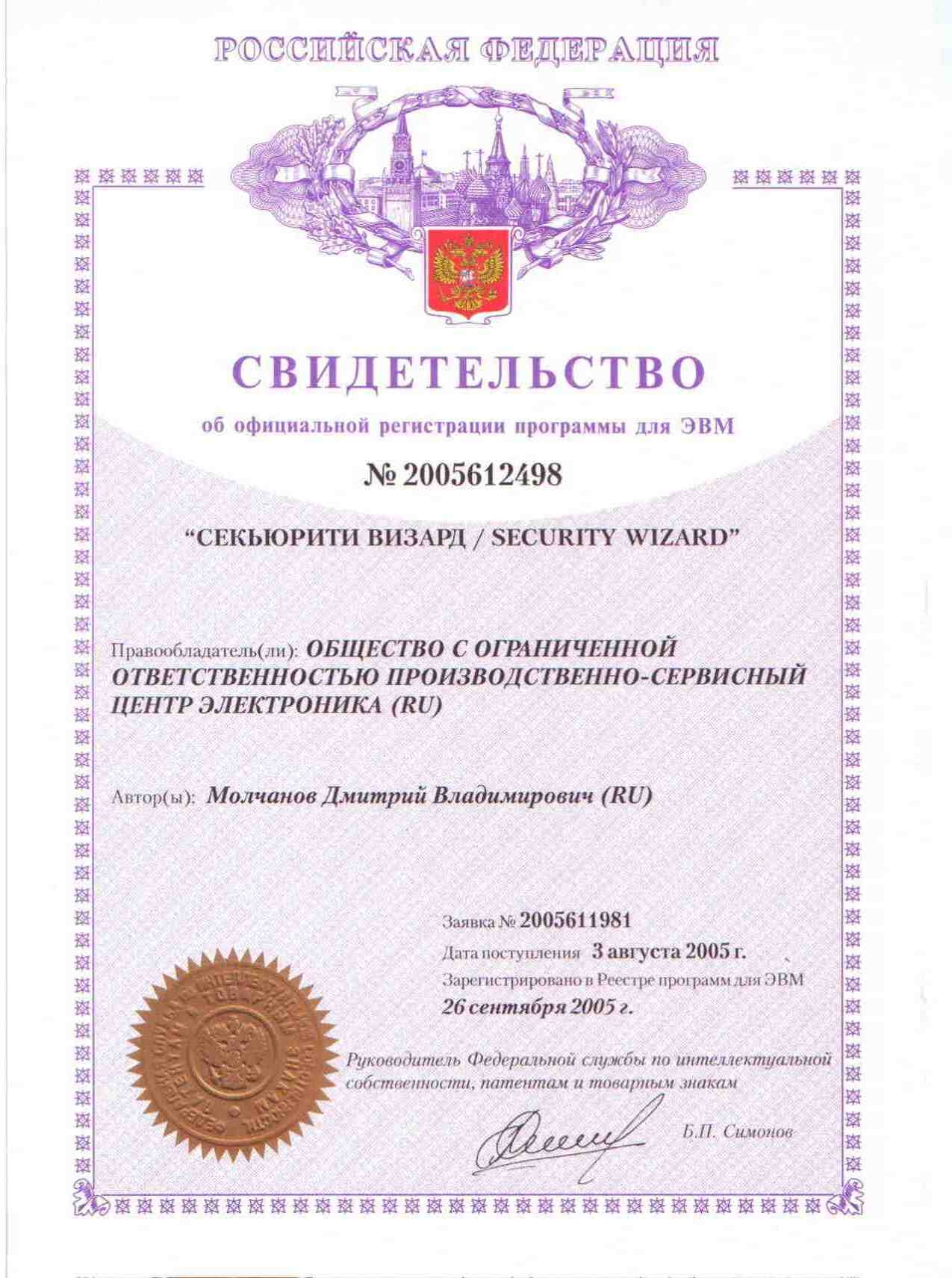 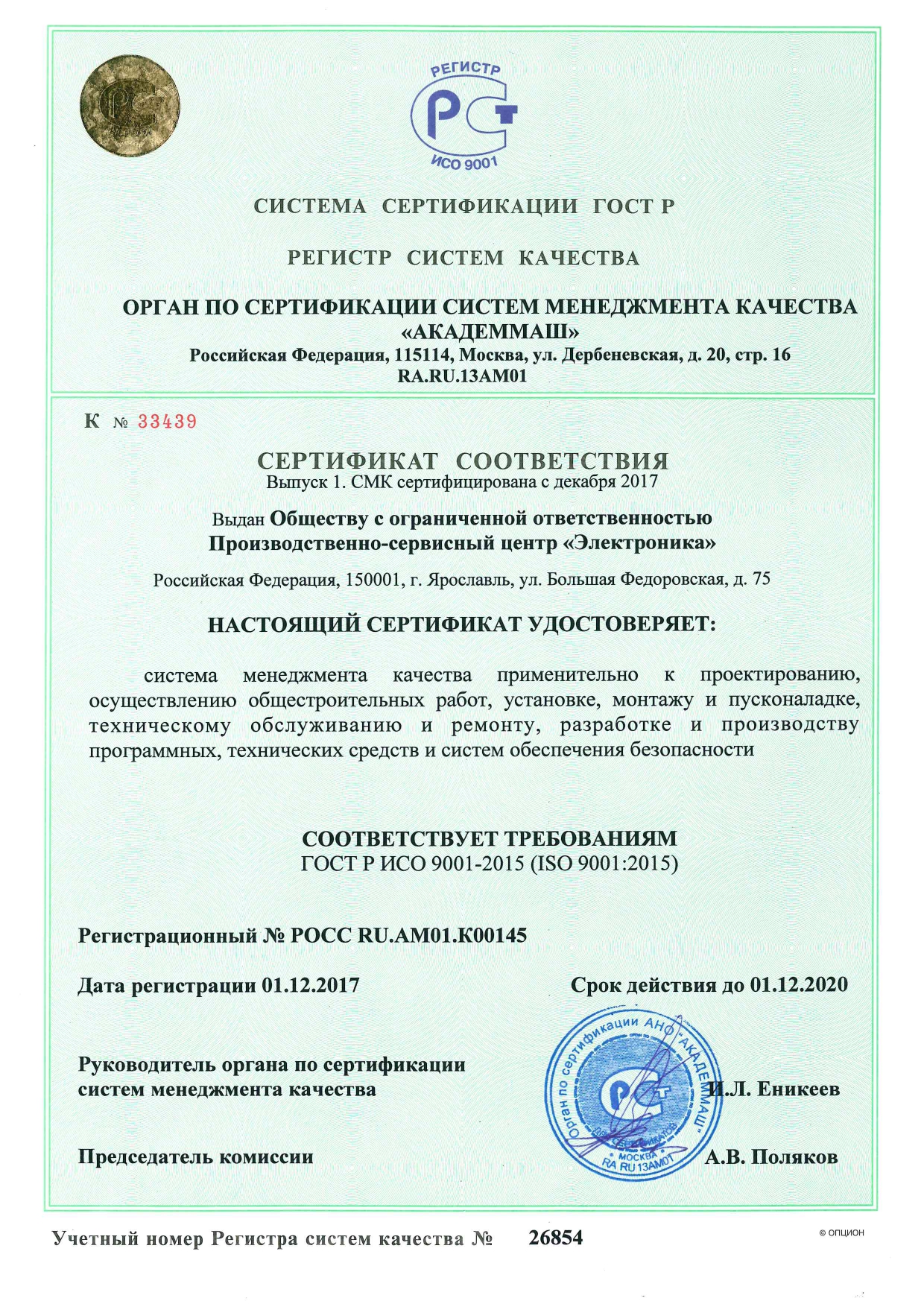 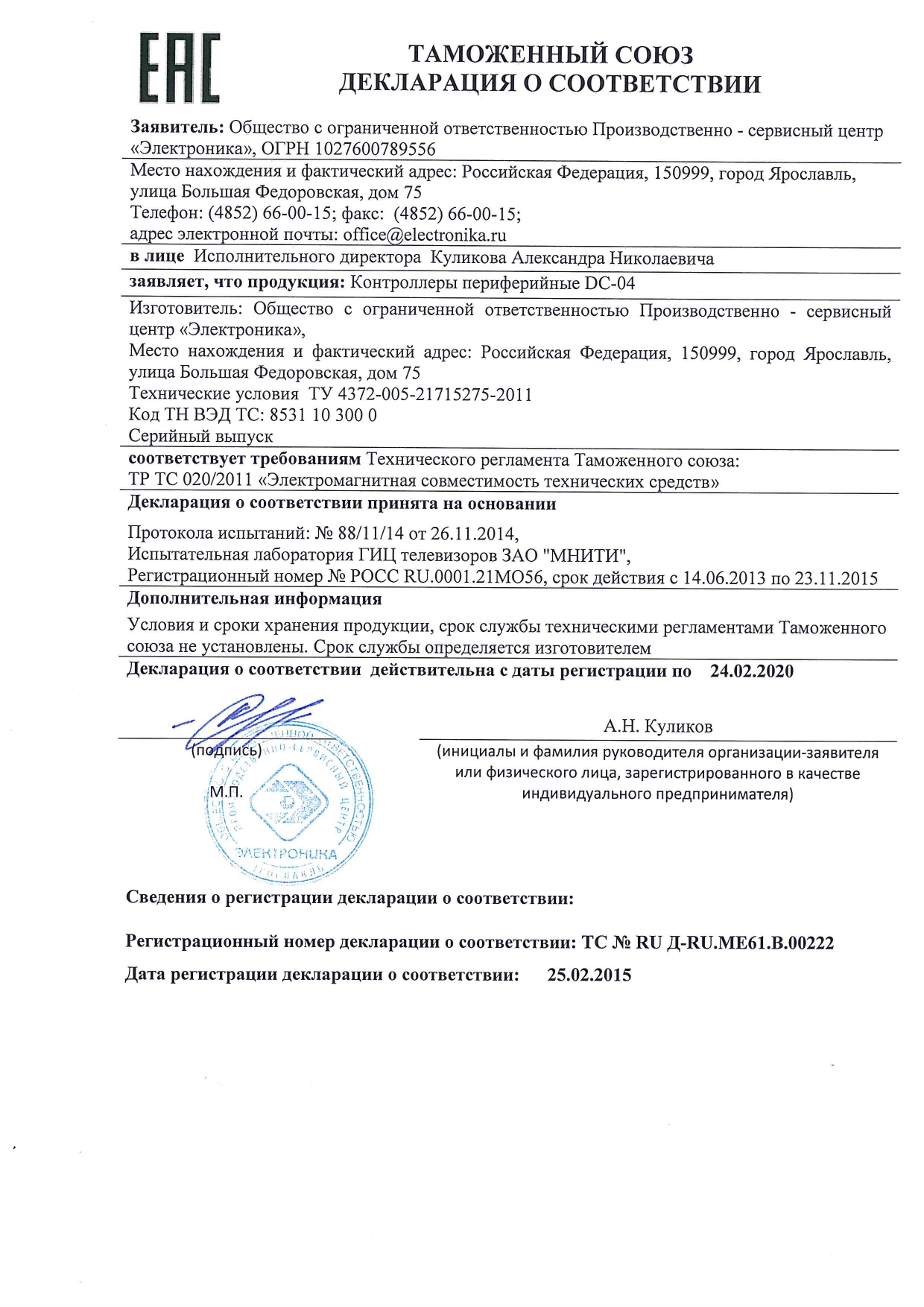 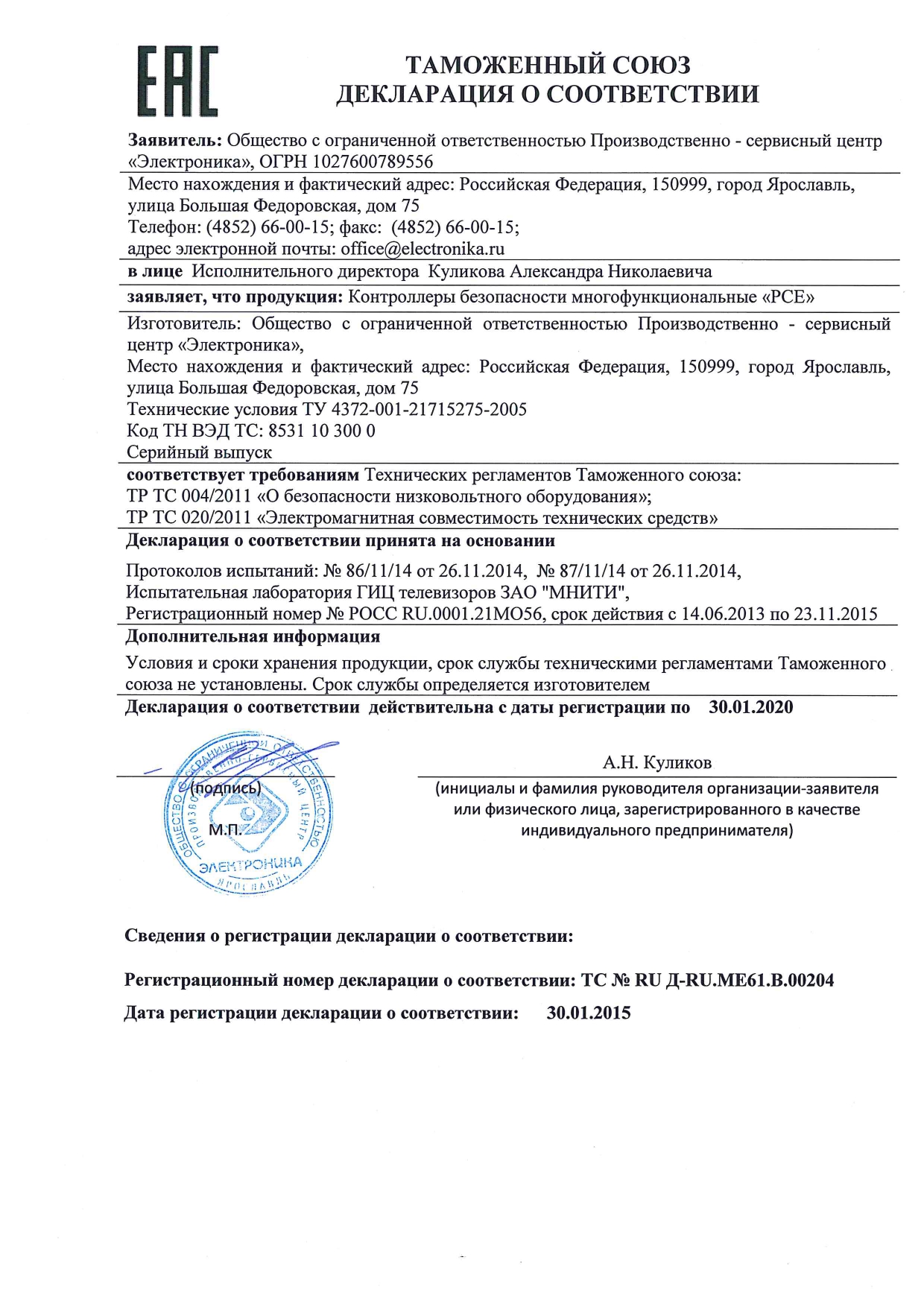 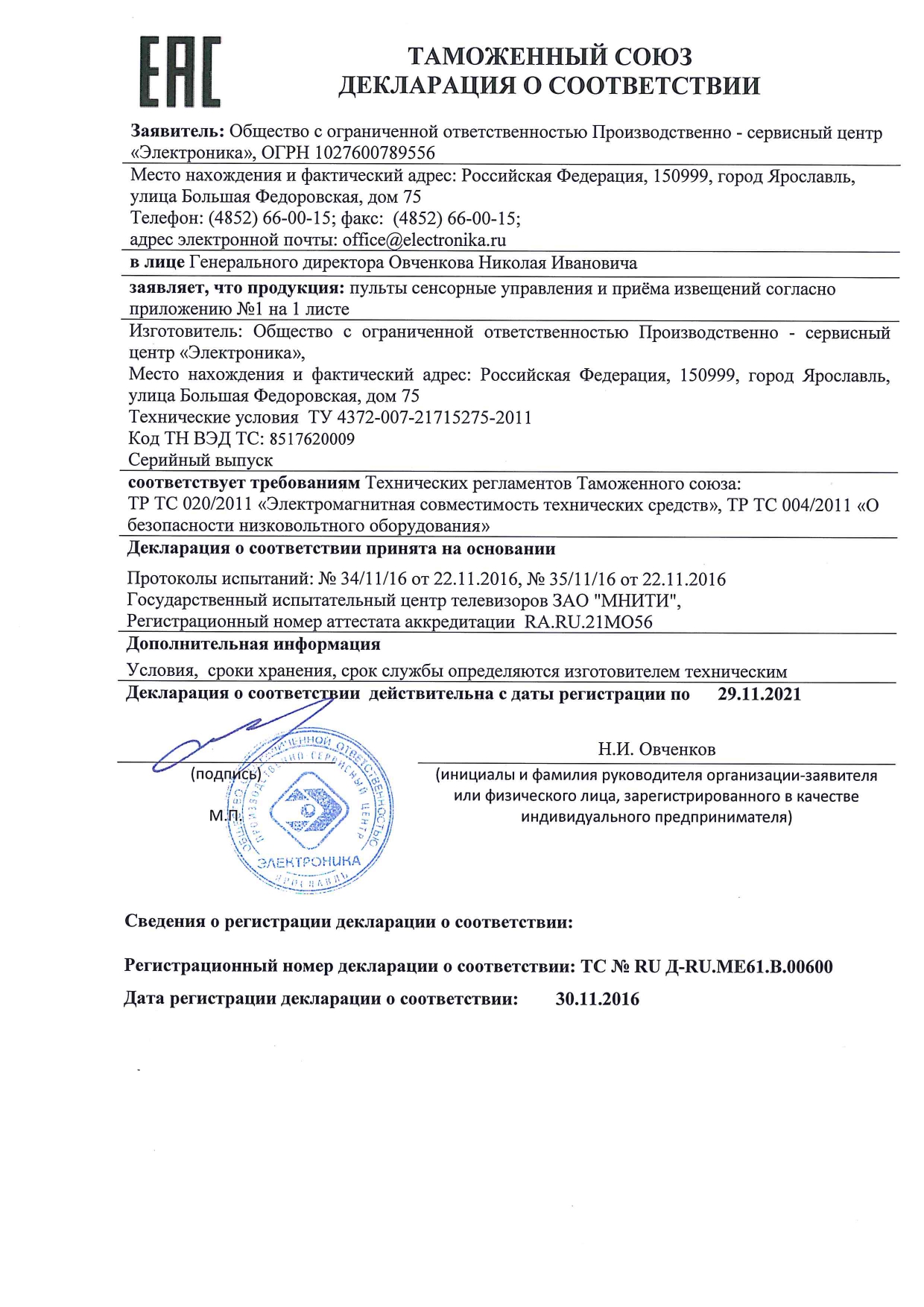 Declaration of conformity for touch-panel valid until 29.11.2021 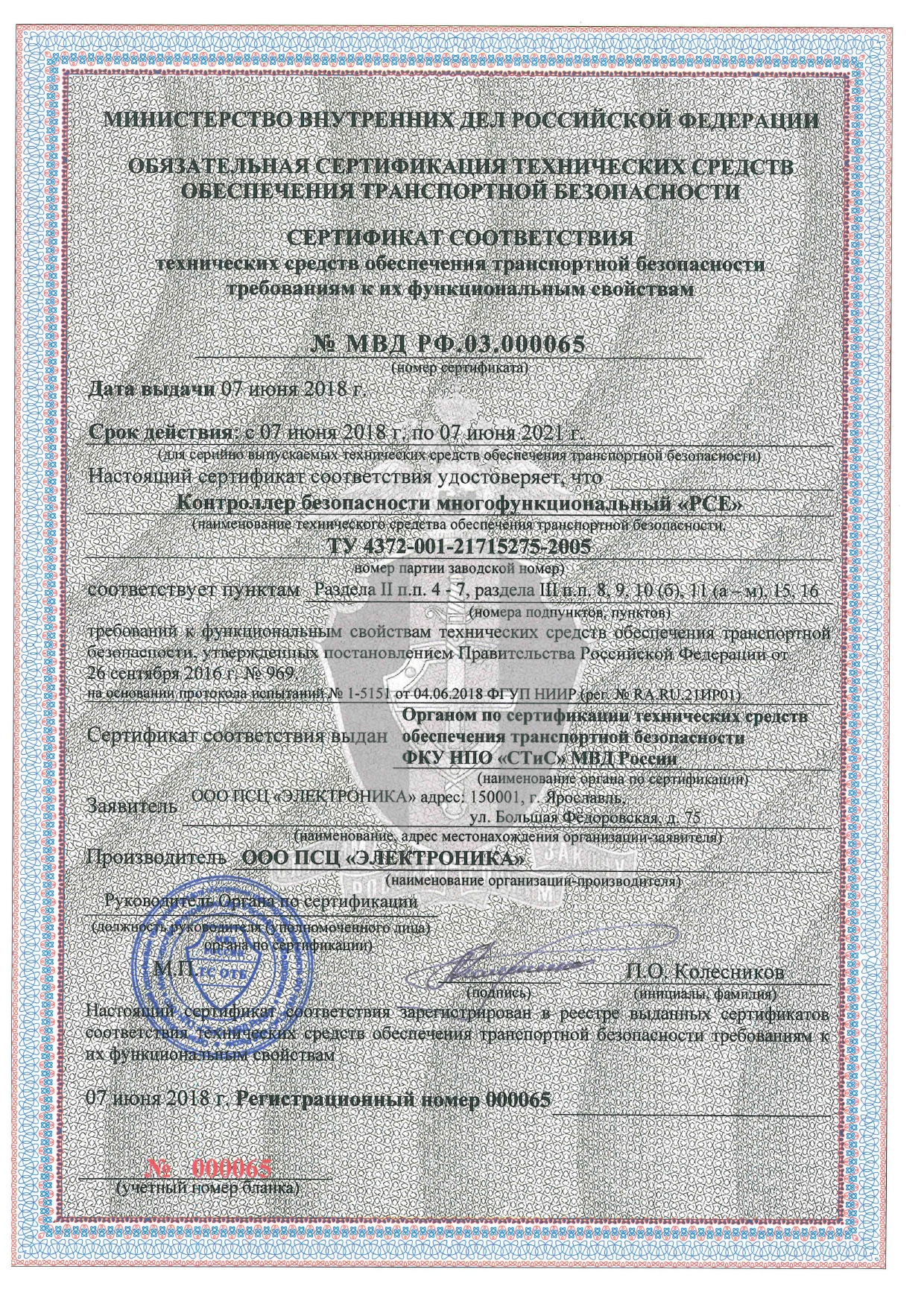 Certificate of conformity for PCE by Government Resolution 969 valid until 07.06.2021 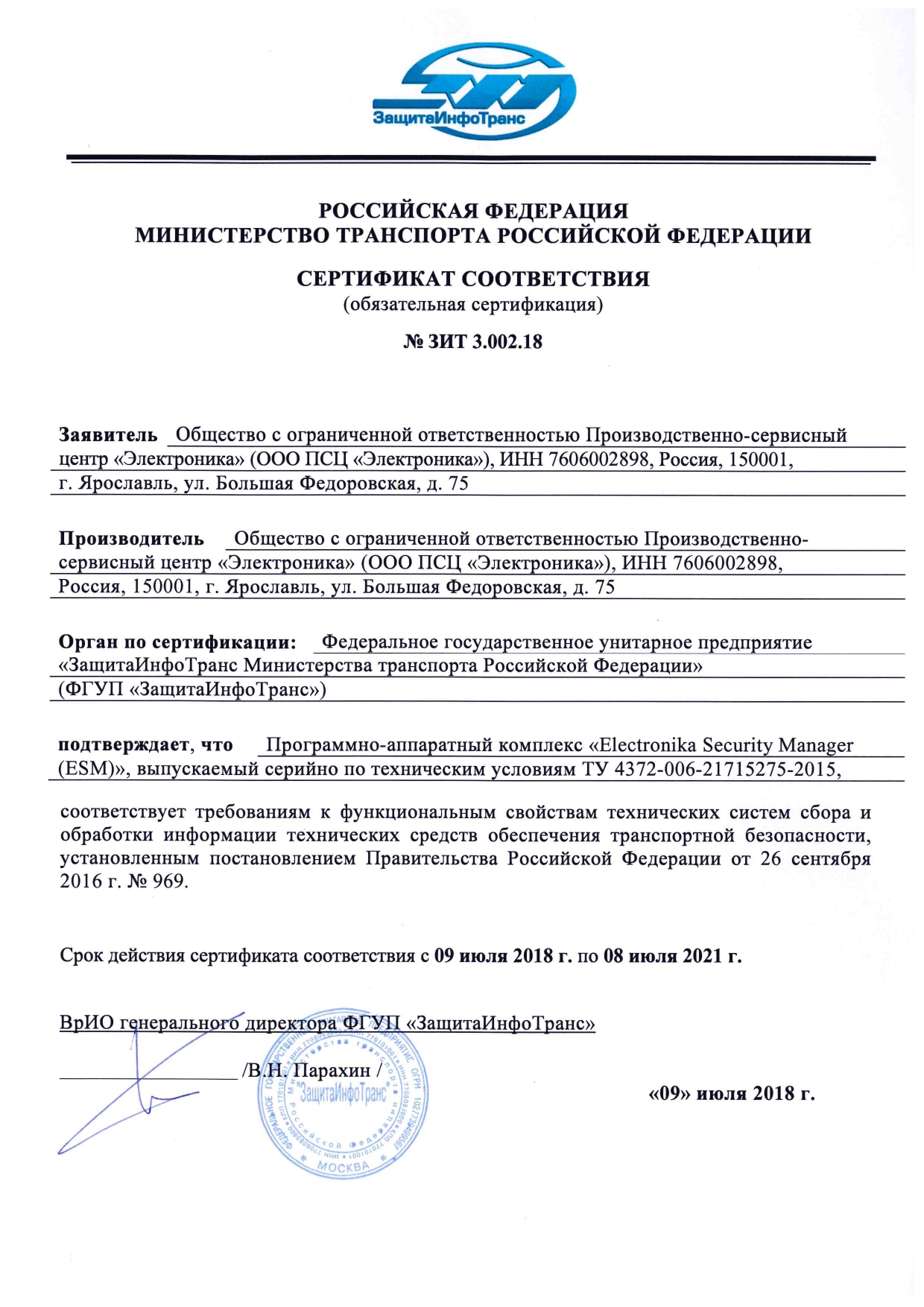 Certificate of conformity for ESM hardware and software system by Government Resolution 969 valid until 08.07.2021
show more
Awards and certificates
The diploma of the International forum "Safety Technologies" in the nomination "Terrorism and transport security" for the branch decision, "The complex control system of technical means for the protection of perimeter of the Sheremetyevo International Air
The Certificate, approving that Electronika took part in the 25th International exhibition of security and fire protection equipment and products, where was appreciated by the organizers for relevance and professionalism of the presented exposition, 2019.
The Gratitude for the active assistance in organizing and holding the conference "Integrated security system and PSIM", which was held on the 21th of March in 2019 under the 25th International exhibition Securica Moscow
The Certificate that Electronika, PSC, LLC is the winner of the contest, organized in honor of the 100th anniversary since the establishment of Chambers of commerce in Russia, and in 2018 is among them "100 projects under the patronage of the President of
The Diploma of the International forum "Security and safety technologies" in the nominations "Safety in industry and energy" and "Anti-terror" for the decision "Integrated system of perimeter protection on the software system ESM (Electronika Security Man
A Letter of gratitude from the Federal Service for Supervision of Transport for active participation in the presentation of innovative technologies and technical means of aviation security in the Russian Federation at the Global Symposium and high-level C
The Diploma of the International forum "Security and Safety Technologies" in the nomination "Antiterror" for the product "ESM Software (Electronika Security Manager)", 2017.
National award "Transportation security in Russia-2017" for "The Best innovation project in the sphere of ensuring transport security".
Prize of the Forum "Security Technologies-2016" in the nomination "Antiterror"
The diploma "The best supplier in the field of information technology in 2016."
The First National Award "Transport safety of Russia-2015" in the category "The Best innovation project (product) in the field of transport security".
A Letter of gratitude from the Federal transport oversight service for active participation in preparation and carrying out of the first ICAO Symposium on innovation in aviation security, 2014.
National Award ZUBR-2013 in the category "Anticriminal/Antiterror" for the development of ESM software.
National award ZUBR-2010 in the nomination Anticriminal/Antiterror for the creation of the integrated security system of Terminal D in Sheremetyevo International airport
The Diploma of the 1st degree of the international exhibition ISSE/Integrated security-2010 for "The Best integrated solutions in the field of transport security
National award ZUBR-2009 in the nomination "For the best solution to ensure transport security" (integrated system of transport hub Sheremetyevo airport and Aeroexpress)
Award "Silver Mercury" for innovative activities (2005, 2006, 2007, 2009)
The diploma of the winner in the competition of Yaroslavl region Government "The Best enterprises of Yaroslavl region" for 2009
Silver medal award ZUBR-2009 for the effective approach in building security systems of large industrial facilities (security controller PCE)
The diploma "Product of the year" in the contest Softool-2009 for best software solution in the category "Technology of safety" (Security Wizard)
We are in associations
01. How can we help you
02. Management
03. Licenses and certificates
04. Awards and certificates
05. We are in associations
Package of services

We have high industry and business competencies, so we are ready to offer a full range of services for the development, design, installation and maintenance of systems.